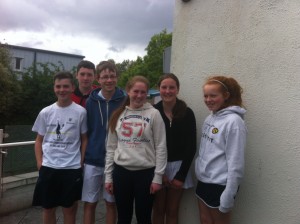 MAY BE SUSPENDED DEPENDING ON COVID RESTRICTIONS

We try to enter as many teams as possible for each league but this will depend on how many players can commit to play.

Teams are selected by the head coach and Junior captain based on level of play, past results, Leinster rankings and commitment.