Tickets for Irish Open to be raffled at members night

We will raffle a pair of tickets for the AIG Men’s and Ladies Irish Open Championship at Fitzwilliam LTC, on members night. The winner will have a choice of tickets either the semi-finals matches on Friday 28thJuly or the finals on Saturday 29th July at Fitzwilliam Lawn Tennis Club, Dublin. You need to attend the members’ night to be part of the raffle.
The event forms part of the ITF’s Futures series, the men’s event has been played at Fitzwilliam Lawn Tennis Club for many years and is in fact the world’s second oldest tournament having first been played in 1879 just two years after the Wimbledon Championships began.

The women’s competition was first held in 1963 and has an even more prestigious roll of honour with all-time greats Billie Jean King, Evonne Goolagong and Virginia Wade among the past champions.

The Championships are sponsored by Philips Lighting. 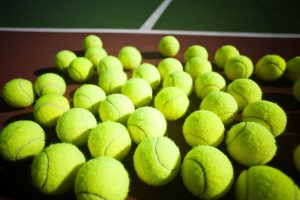