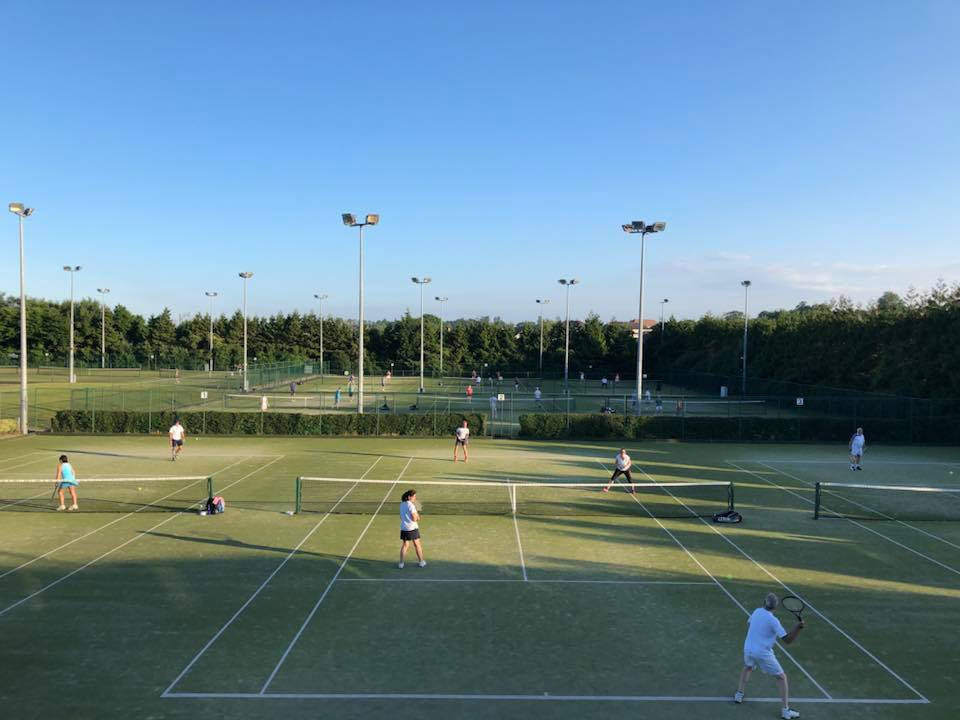 Friday, Saturday and Sunday group lessons (see times below) followed by a round robin competition Monday morning for all from 1130am-130pm following by small prize giving and pizza. Bar open from 1pm.

All for €25 members and €40 for non members (non members if they join the Club within 2 weeks get an additional €15 on their smart card).

There are varying levels of beginners through to improvers and league – hopefully you might find yourself within these descriptions!!

1) Beginners – for those who are new to tennis or who haven’t played much before or want to go beyond watching tennis at Wimbledon once a year! You probably haven’t done one of our coaching courses before or if you have you haven’t been playing long and feel you’d benefit from doing the course again to gain more confidence before moving to the next level and playing some matches.

2) Improvers 1 – for those who have done our beginners course and have been playing a few months. You might have played before regularly (though not necessarily at a competitive level) and are coming back. You want to improve your tennis strokes so that you are comfortable playing socially and the odd competitive match.

2) Improvers 2 – for those who are play tennis regularly for about 6 months. You probably have done our coaching courses before at beginner/improver 1 level. You might have played before and are back playing tennis. You have played some club competitions such as chick league and may have entered the championships.

3) Improvers 3 – if you’ve been playing about a year on a regular basis and have completed a couple of coaching courses with us at beginner/improver level. Or you might have played at a good level before as a younger player and you’re interested in being competitive again. You are looking to improve your game and play more competitively.

4) League class 4 & up – If you’ve been playing for a number of years and compete for the club in leagues. This class is for both men and women. League ladies class 4 and up and men class 6 and up.